Our Bushveld Mosaic Class of 2015 was missing our monthly adventures, fun and camaraderie so badly that we decided to have a mini reunion (again!). We had one in December for a dinner and one in March at Liezel Kuhn’s farm. Was such fun we had to do it again! Gerry was kind enough to initiate the weekend and book for us.

So some of us met up at Manyane Camp in Pilanesberg on Friday 13th October to 16th October to catch up and have some fun in the sun. Wayne, Leoni, Gerry and his family, Gary and his family, Floris, Bevan and Janine, Alistair and Graeme all met up. Dustin was also in the camp. Tents were pitched (some hadn’t been used since last year!!), chairs put out and we all had a lovely time catching up on each other’s lives.

Of course as soon as the sun set, Floris our Firemaster built one of his legendary fires for us to “kuier” around! And “kuier” we did!! With no exams to write and no lectures to attend much fun was had over some drinks and fabulous food!

We actually missed the Potokwane camp (but not the spiders!) as it is so nice to have a place in the middle of the park to yourself without being crowded out.

Some went off on an early game drive while others who are not such early birds ventured out later. We had an early morning warthog visitor who decided to make his home in one of the tents and was ready to settle down for a nap! 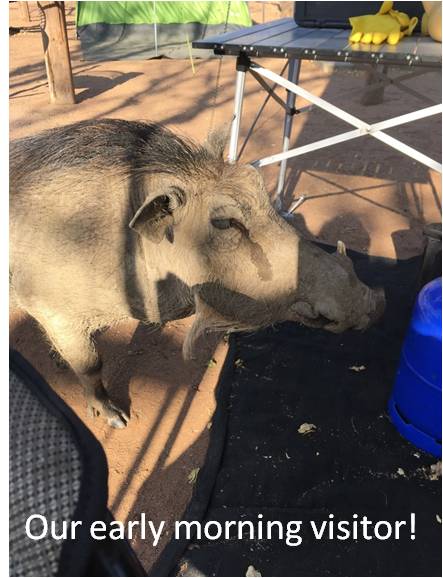 It was such fun meeting each other along the routes and chatting about the great sightings we had had! 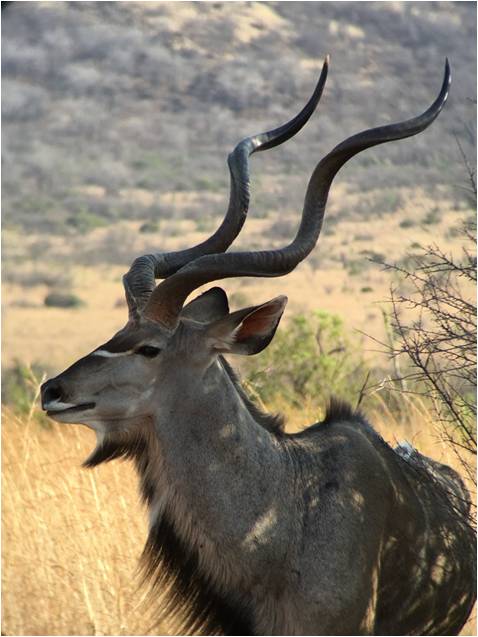 The game still look good in spite of the drought 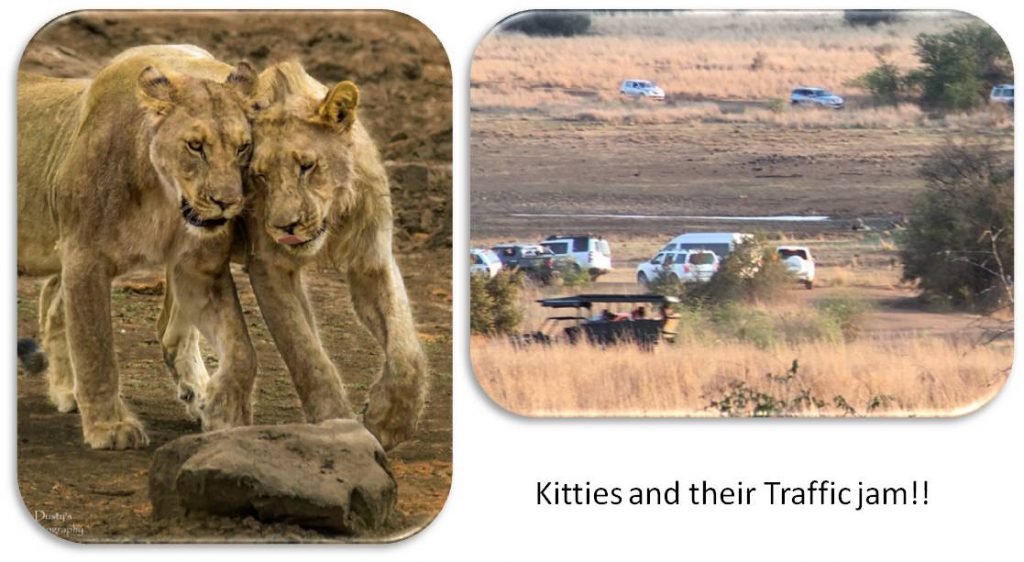 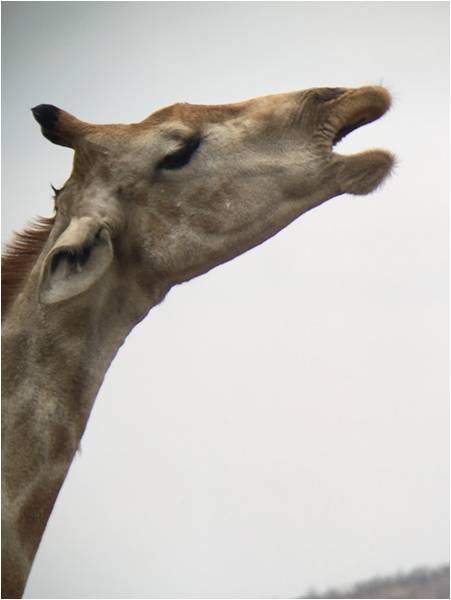 See we do remember something from our course!!

And of course trying to remember all the wonderful things we learnt during the Bushveld Mosaic course last year. Dustin and Anton (who wasn’t there for the weekend unfortunately) from our group have both passed the FGASA written exam and Dustin also did the assessment and received his official FGASA Level 1 qualification. So proud of him! He is known as the “Leopard Whisperer” and makes us all jealous with his constant sightings and awesome pics! Wayne is writing his FGASA exam in October and Leoni will be doing hers in February. Bushveld Mosaic was a great stepping stone for our passion for Nature and it is testament to the fact that we love the bush so much we took more photos of animals than people!

Saturday evening was another lovely visit around the fire for dinner. But the wind and some rain (YAY!) put paid to our plans for another “kuier”. It was such a pity that it didn’t rain more as the park is desperately dry and in need of rain. We packed up on Sunday and witnessed a little war being waged by some ants on a termite nest. The large ants were picking off the poor hapless termites who were desperately trying to close up their nest after being caught unawares. It was like a mini wrestling match! 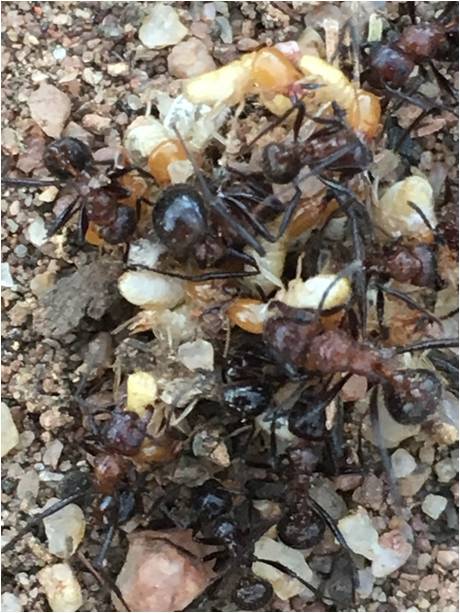 After some sad goodbyes we left our mates, vowing to return again…

We missed our friends who couldn’t make it but we will hopefully meet again soon and catch up.