This was our introductory weekend to the Bushveld Mosaic experience, held at Kgaswane Mountain Reserve during the wet weekend of the 27th to the 29th January 2017.

The group started arriving from lunch time on Friday.

All excited and eager to get going, with the hope of arriving early enough, to set up quickly and avoid the rain.

One or two of the early arrivals tried to find private areas to set up camp, but the majority of us corralled together around a central canvas covering. This central canopy also helped late comers set up under cover, and then drag their tent to the side. Later, it provided refuge when the rains came down hard during the night and the smaller tents proved to be porous. 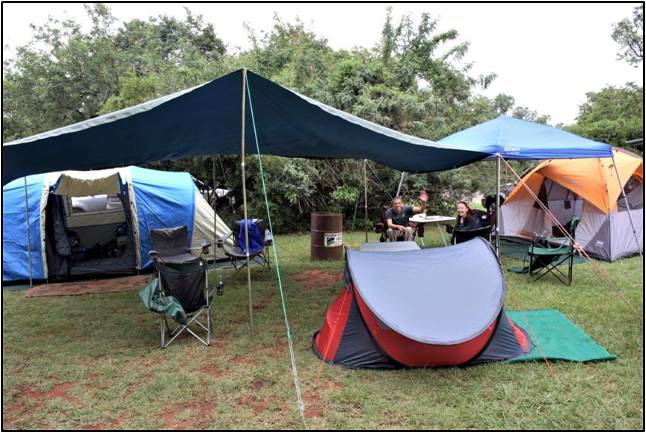 Fig 1.1 The shared central canvas cover, with Michael (waving) and Tiana seated in front of their camp.

Marinki and Lorraine arrived with a borrowed tent, which they had not erected before (to be avoided at all costs if possible) and this quickly became evident. Calling upon Michael to assist me and after some re-purposing of clips, the tent was up.

We decided to add an extra rain fly top – using an old army bivouac. Thanks to Bernhard and Nadia for assisting with securing this which later proved essential during the overnight rains.

Both Thinus and Chris arrived with the smallest of tents. Neither large enough for any full-grown adult (although they were specified as two man tents). I think this was a good attempt to keep things simple and reduce setup/break down time. Thinus’s tent involved throwing it at the ground, where it sprung to life.

Then there was Heine, who was fully set up with roof-top tent on top of a fully purposed vehicle.

After his self-levelling vehicle was parked, it stayed there for the weekend, the quickest setup of all. 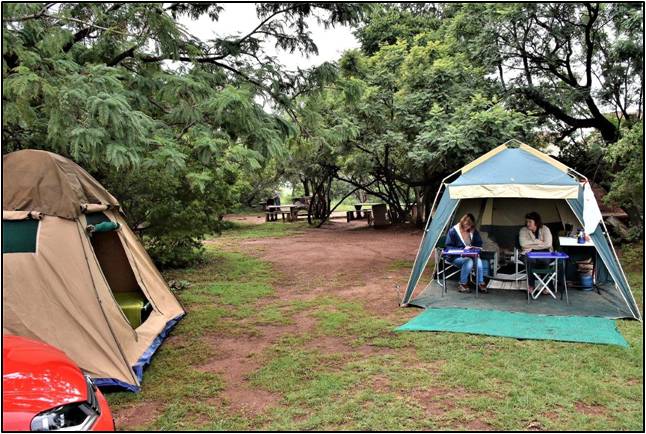 Fig 1.2 Cindy & Rose on their patio, and Marinki & Lorraine’s loan tent to the left, with the added rain fly top. 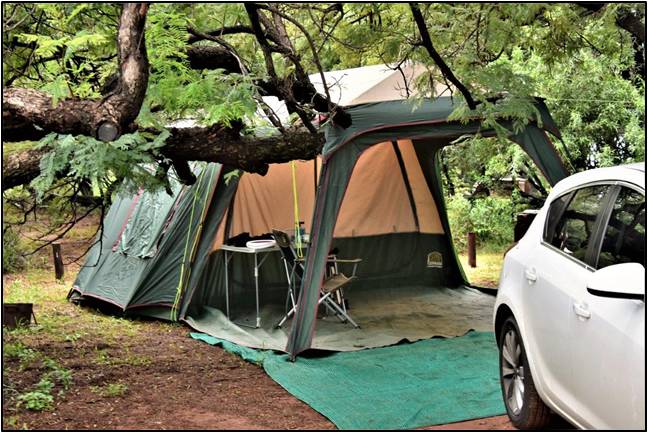 Fig 1.3 Hidden in the bushes and trees.

Our Friday evening session was held under the cover of the one garage next to the camp reception.

Maria welcomed us, provided course background and insight into maintaining our own Portfolio’s, as well as introduced us to the other Honorary Officers in attendance (JJ & Susan Kriel, and Sue Oxborrow). 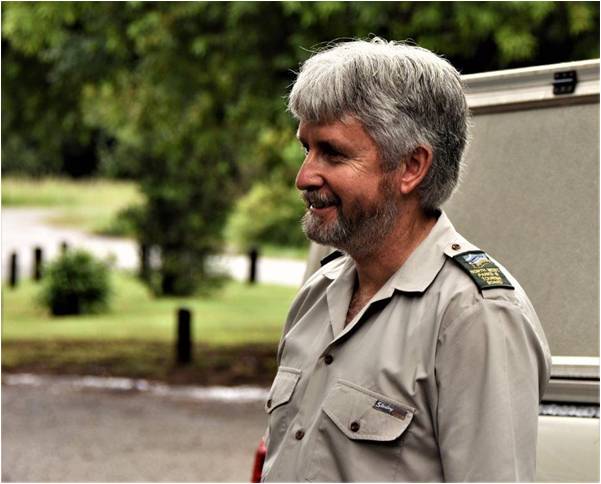 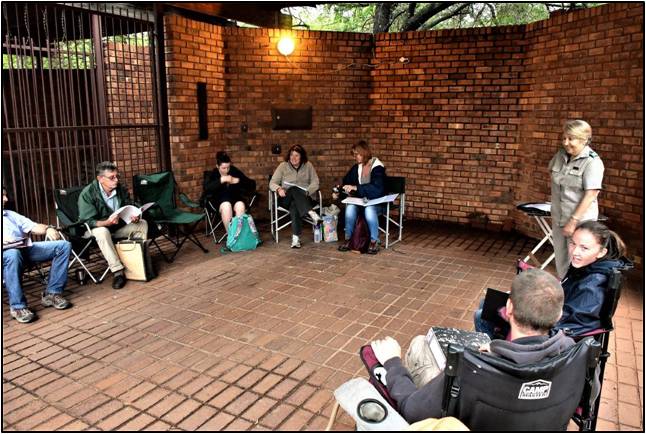 As the talk ended, we were asked to meet for a surprise.

Having just heard a jackal call, I expected this to be a night walk. I excitedly pitched up armed with spot light, ready to find owls, etc. After wandering around the camp, we arrived at what appeared to be one of the camp ablutions which we discovered was actually a kitchen area.

To our surprise, we were treated to a finger dinner including cheese and wine. A great opportunity to meet the rest of the group, and it was a most enjoyable and sociable event.

Some stayed late enjoying the social, while others retreated early.

The night was a wet one, but most emerged dry in the morning. The occasional mattress and sleeping bag was removed from tents and placed under the canopy to dry out.

Some of us tried to fit in a quick game drive before the first session started, but as the drive took longer than anticipated, there was no time for breakfast before we got started.

Louis shared his motivation insights and secrets of success, after tasking us in teams to build spaghetti towers. In the end it was apparent that no team actually managed to build a structure, just a lot of sticky fingers and dirty spaghetti. 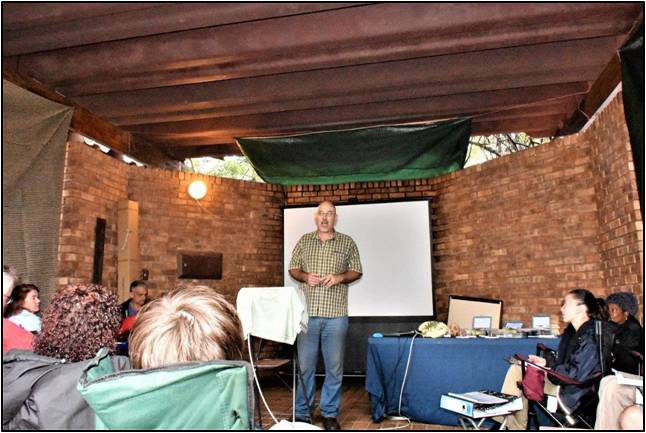 Fig 3.1 Louis sharing his motivational insights. Notice the extra covers to keep the rain out.

After a short break for coffee, etc. (and breakfast for those who had not had time earlier) we were introduced to Ulrich Oberprieler.

Ulrich gave us a light hearted, fresh insight into the principles and foundations of Ecology and Taxonomy. 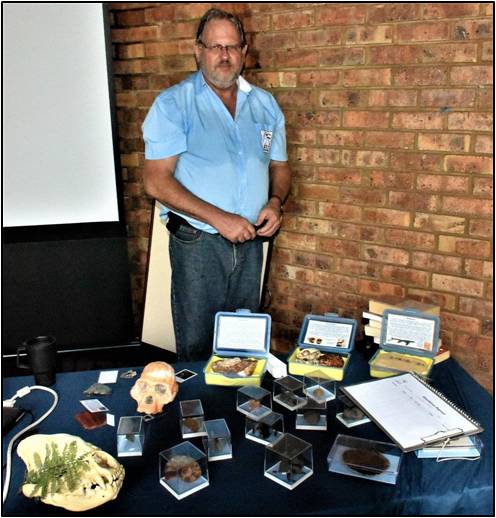 Fig 3.2 Ulrich with a few of his fossils.

His way of sharing his passion is greatly inclusive and very enlightening. A lot was learnt by all, with copious notes being taken by most.

Although the day was long, time had flown by and before we knew it, we had finished our lectures for the day.

To close off the day, we were treated to an excursion to Mushroom rock, for sun-downers. With the group packed into the fewest vehicles possible, we headed off in a variety of 4×4’s, following our HO’s.

The outing included taking a management road which had been eroded from the prior 24 hours of rainfall. Not much of a challenge to the vehicles used, but not to be attempted in a normal car. Nevertheless we were followed by a visitor, in a small red car, who hastily turned around when noticing the uniforms further up the road. 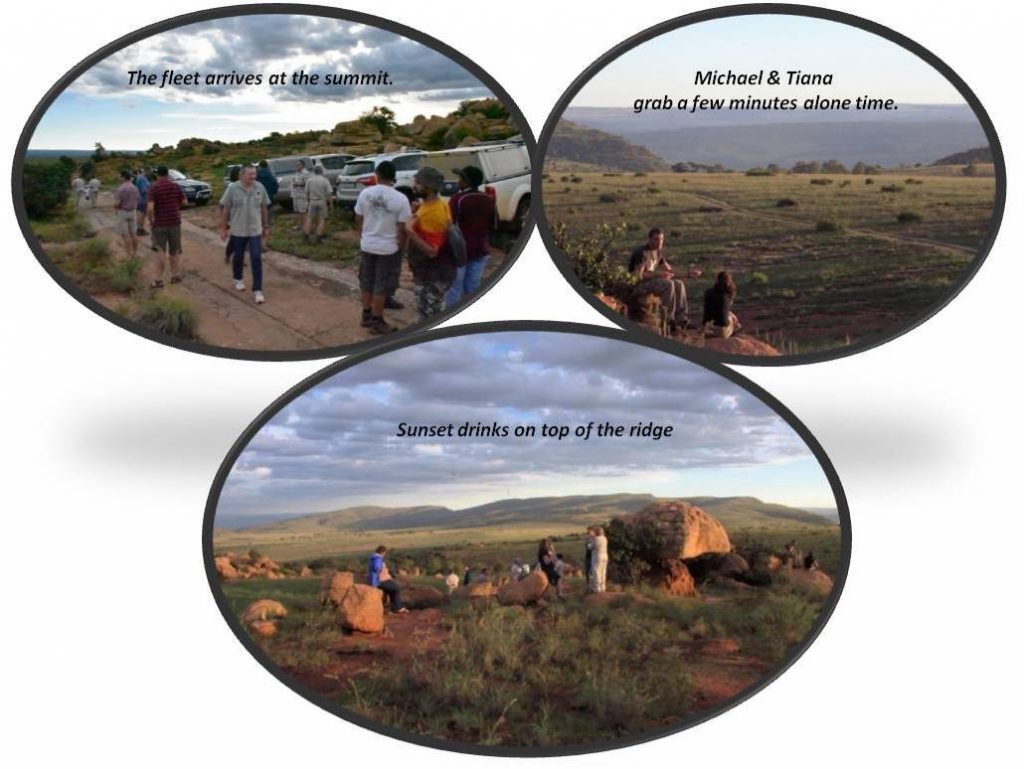 The scenery and view from vantage point was spectacular, enhanced by the setting sun and the high humidity.

Then there was the Elephant Feet Succulent (Frithia pulchra) , also called the “Fairy elephant foot”. 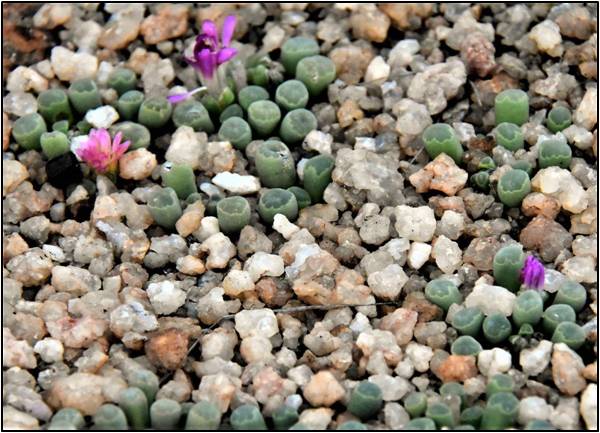 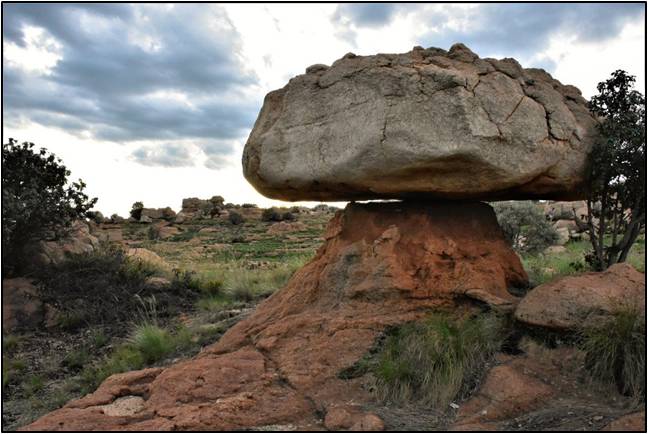 The fires were lit and the food prepared. Some cooked quickly on gas, while others enjoyed the social time waiting for the coals to be ready. After the full day, once bellies were full, everyone retired for a good night’s rest. 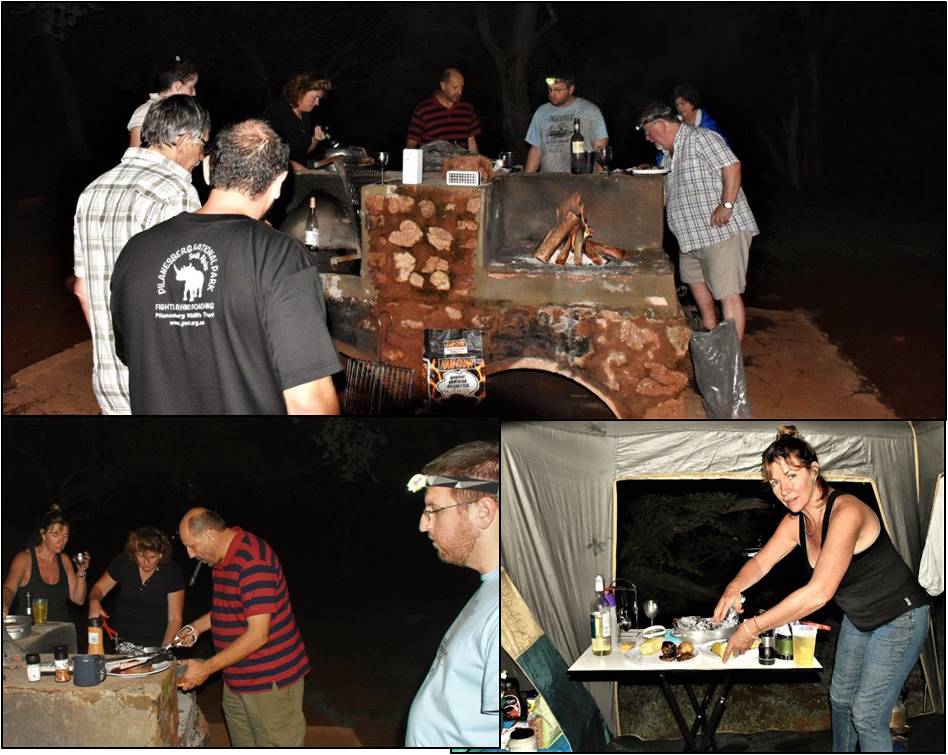 Ref: 4.1  The important part of the weekend, Food and Wine in the evening after a full day.

Ulrich continued to challenge our thinking, completing our introduction to ecology and taxonomy. 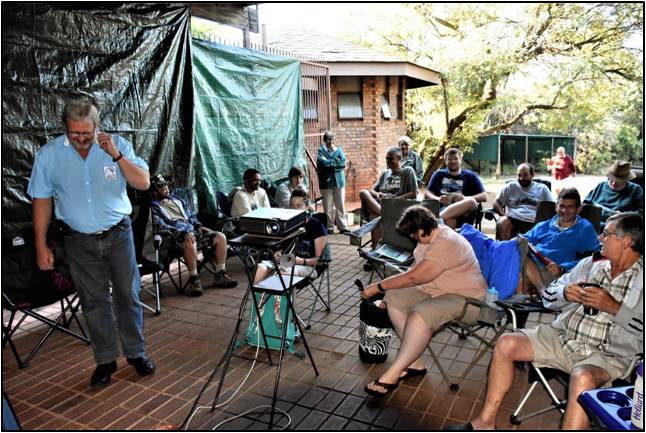 Break down of camp

By lunchtime on Sunday we had completed the curriculum for the weekend, and it was time to pack up and head home.

Some used the extra available time to travel around the park, appreciating the various grasses and shrubs.

A great weekend, where all appeared to enjoy, benefit and grow. A good team with a nice group spirit.

A special thanks to all who organised and made the weekend possible.

This was our introductory weekend to the Bushveld Mosaic experience, held at Kgaswane Mountain Reserve during the wet weekend of the 27th to the 29th January 2017. 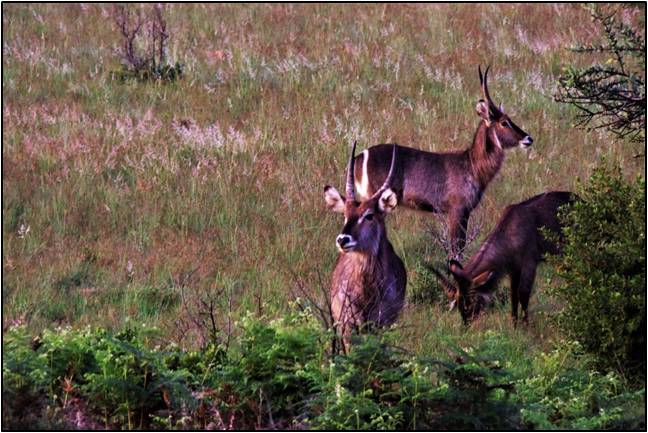 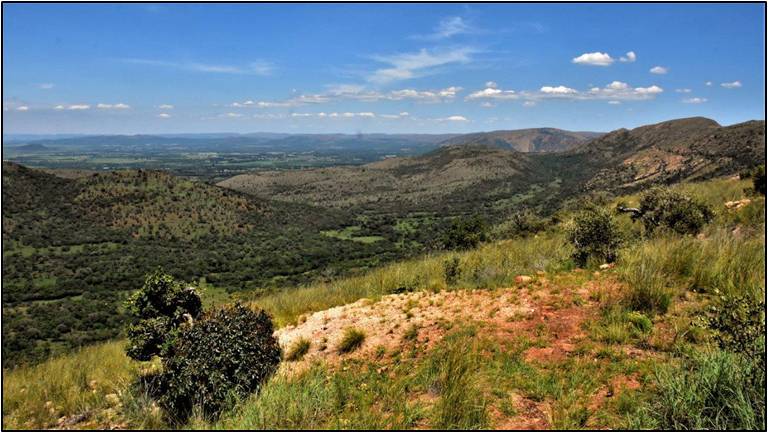 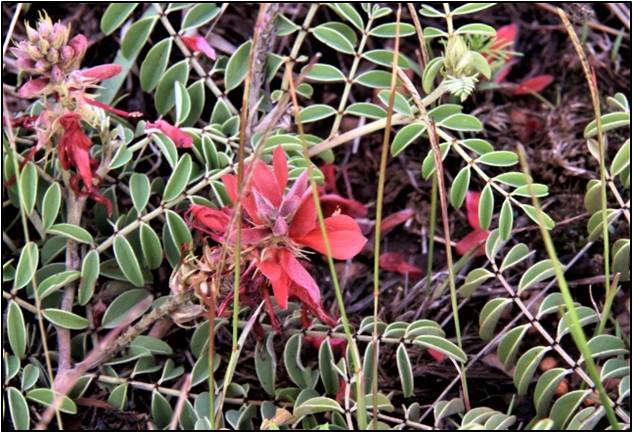 Special thanks to student Brian Williams for volunteering to undertake the first report back for 2017.