We were back at Kgaswane Nature Reserve for a very special wetlands weekend instead of the usual “wet weekend” that we have become accustomed to.

The atmosphere was very relaxed Friday night and none of the students were hunched over their module books cramming in some last minute studying. 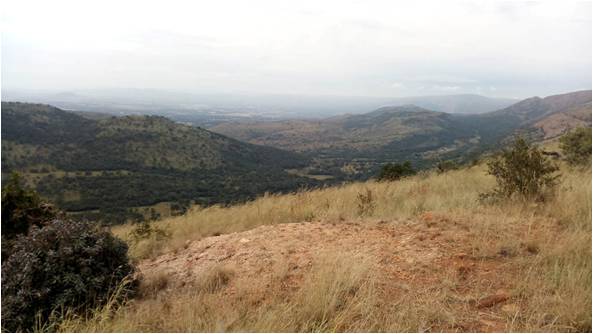 The weekend module was presented by Maria Cazzavillan, which was a real treat! She explained catchment, rivers and the importance of wetlands to us and Sue Oxborrow demonstrated just how little fresh water is available to us on earth before we trekked up the hill led by the much fitter and veld-hardened honorary officers to view the Kgaswane catchment area. 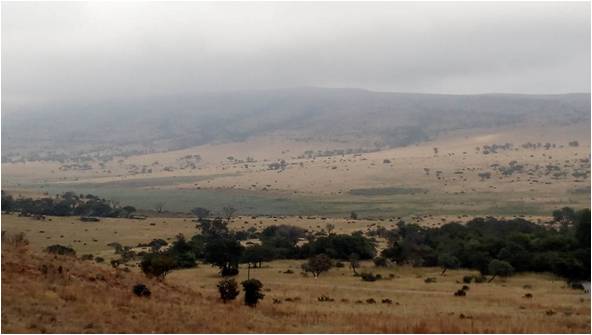 After lunch the group taxied down to the river for some practical work, we divided into our groups and created our very own bottled wetlands, the winning team is still not clear at this point but Heine may have taken his team into the lead by sampling their filtered water (He left for Botswana the next day and has not been heard from since). We then performed various tests in order to ascertain the quality of the water. 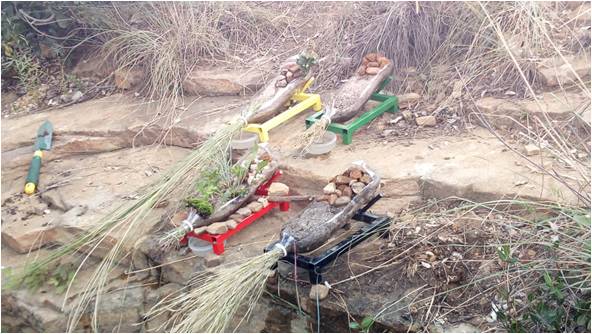 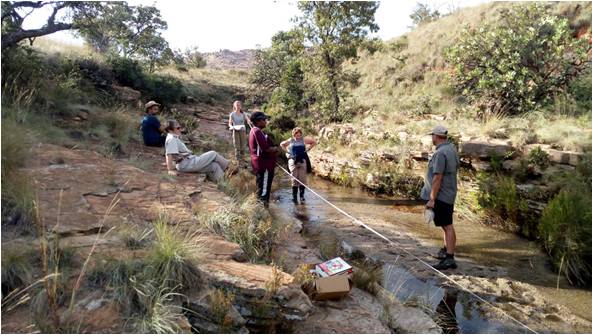 After we had decided that the water was probably safe to drink we were off for some drinks of another kind. Afternoon sundowners! We were once again treated to a picture perfect view over Kgaswane from the pools. 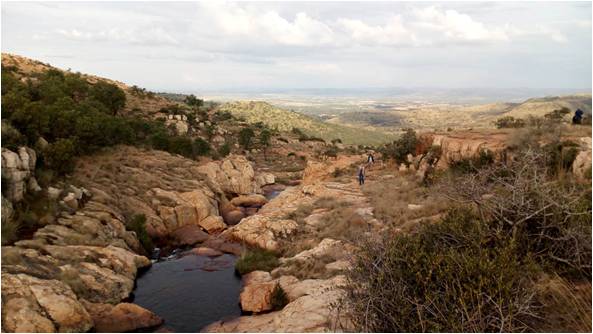 We were all up bright and early the next day and after a cup of coffee and a rusk we headed to another one of the river points for some sampling of a different kind. With gummies on and nets in hand we fished out macroinvertebrates and studied them under our loupes to distinguish which river critter we had found and then scored them according to SASS.

After wrestling a few crabs we were truly intrigued by all the macroinvertebrates that we were finding in the water, some students were so excited that they took a more hands on approach and fell in the water! 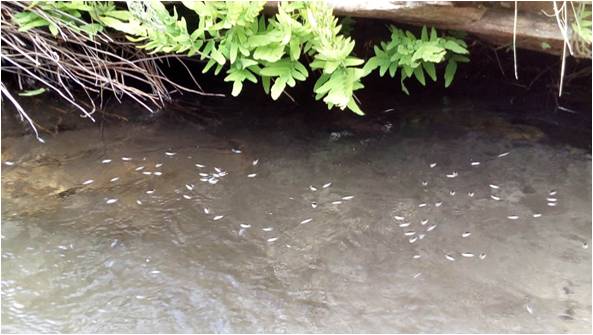 We all had yet another informative and interesting experience!

Thanks Peter, Sue and Maria for co-ordinating the weekend!

Editors Note: Thanks very much, to student Michael Smit, for his feedback on what was obviously a very active, fun filled weekend.