With high expectations (set by our previous lecturers) and a promise that we were in for a treat, we started the weekend with a childlike excitement and a hunger for knowledge.

The weekend started off with a shock for some, and joy for others as the tests for the first module were given back. Although there were some students that felt that they could have done better, the group was generally motivated by the marks to work and study harder.

Saturday morning started out cold and wet, but with lots of anticipation. Phil Hill introduced us to Professor Mary Scholes who will be our lecturer for the weekend. He promised us a great weekend, and he was 100% right.

Prof. Scholes is a professor at the University of Witwatersrand and holds a PhD in Botany. She collaborated with Mike Lucas and Prof. R. Scholes in producing an excellent book called Climate Change: Briefings from Southern Africa which is available from Wits University or on Takealot.com. She is also engaged in a number of research projects and chairs various boards such as the Management Committee for the WITS Institute for the study of the Environment.

Despite Prof Scholes’s high standing, she conveyed the lectures in such a manner that we could easily understand the concepts, and follow the flow of her lectures. She not only taught us a lot about grasses , she also gave us a bigger picture of the whole savanna ecosystem, from evolution right through to the underground processes occurring without our knowledge. She explained how grasses added to the complexity and biodiversity of the ecosystem and how abiotic factors, such as rainfall, temperature and soil influence the grasses, especially the low temperatures at night which influences the distribution of trees and grasses. We were hanging on her every word, and tried to take up all the information she so gracefully shared with us.

Before we knew it, she announced the first break. Time sure flies when you are having fun! We were given the task of gathering grass species to identify in the classroom. We were guided by Mary and the HO’s in identifying the grasses correctly, by looking at the different types of inflorescences, such as foxtail; finger; Christmas tree and complex head grasses. We were all able to identify the grass species that we collected.

Prof Scholes explained the evolution of grasses and the evolutionary change that took place almost simultaneously, including the introduction of grazers and, of course, humans. Throughout her lecture, Prof Scholes effortlessly linked the very small, and the very large together to help us understand the bigger picture.

After lunch Prof Scholes decided that the best classroom would be the campsite, where we can learn about nature in nature. We were given the option of first doing some fieldwork and thereafter the lecture, but we chose the lecture first, although she strongly suggested against it, because we had had lunch, and a lecture might just give way to a bedtime story. This was indeed the case, luckily she picked it up quickly, pointed the culprit out and demanded that we do some stretches. 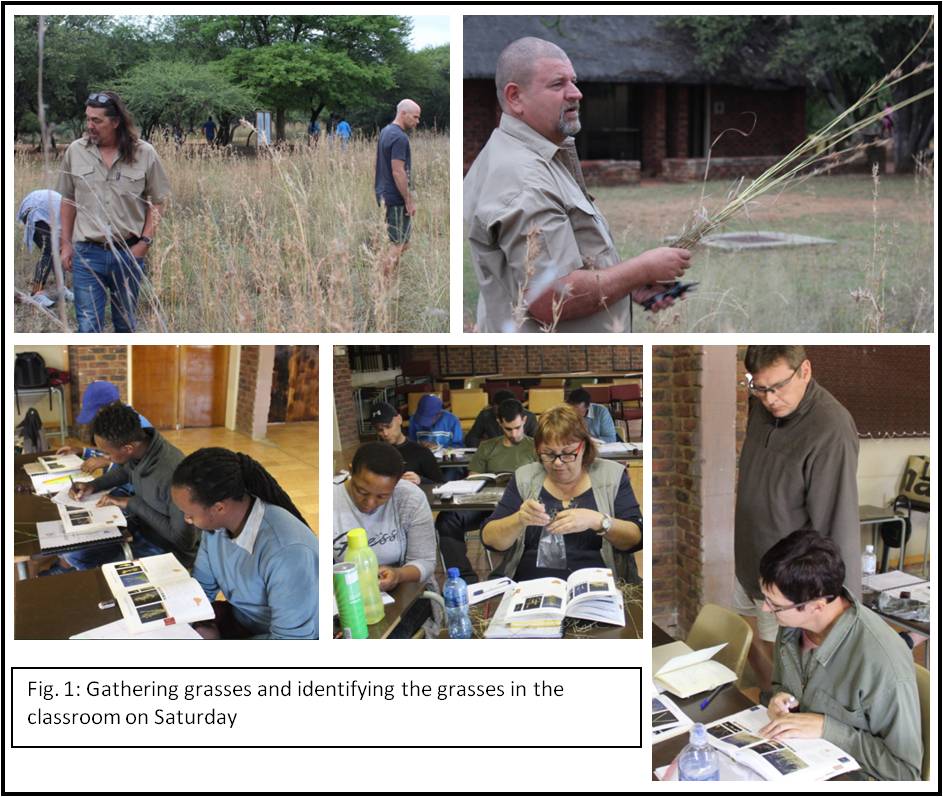 We ended the day in our groups identifying more grasses that Phil and Francois gathered, and we found that grass was much more complex that we previously thought. The message that Prof Scholes wanted to convey was starting to push through – we were harvesting a new appreciation for grass. 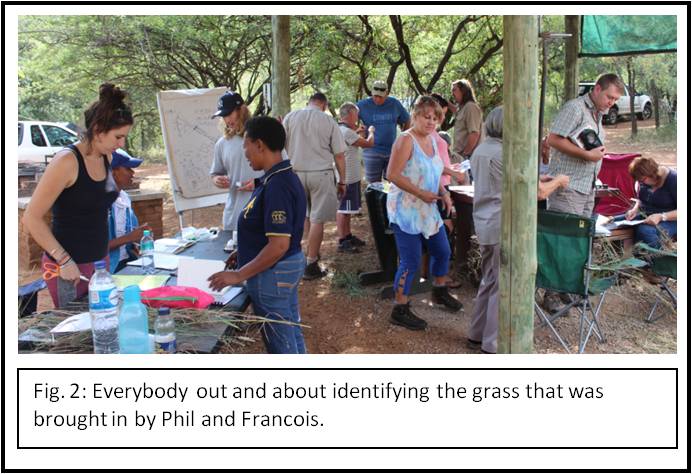 In the fresh Sunday air, we gathered in our “nature” classroom to start the days lecture.

We started out with the complex concepts of sweetveld and sourveld, terms which are mostly used incorrectly. Prof Scholes explained how early in the growing season, nitrogen in the form of nitrates, in the soil is high and as photosynthesis takes place more nitrogen (protein) than carbon (carbohydrates) is produced. This makes the plant taste ‘sweet’, but as the season progresses the ratio of nitrogen (protein) to carbon  (carbohydrates) is reduced during the photosynthesis process and grasses become less palatable and then they are referred to as ‘sour’.

She also briefly touched on the subject of veld management and how important an understanding of the nitrogen cycle is in veld management, and promised that we would learn more about it later this year.

After the lecture, we took a hiking trail from the Education Centre, and collected quite a few samples of different grasses, growing in different ecosystems, such as Wetlands, and Bushveld grasslands. This was a wonderful hike because we were able to see trees and grass in coexistence, and we could ask questions about aspects that would normally go unnoticed in the classroom.

We ended the hiking trail back at the Education Centre, and headed back to our camp. There we identified the grasses in our groups. We could also, through this exercise, begin to see which grasses grow in which ecosystems, and combine that with the knowledge we already have of trees. 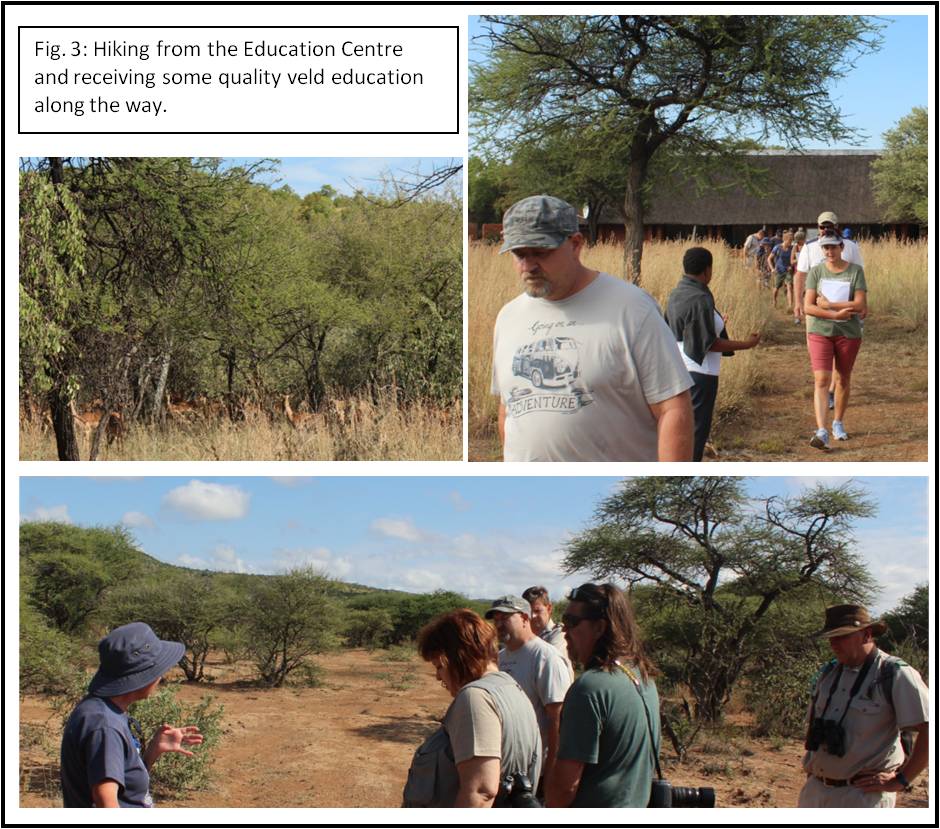 We were promised a treat at the beginning of the weekend, but we certainly got more than just a treat!

ED’s NOTE: Many thanks to student Tanya who not only provided this full account of the grasses weekend, but has also volunteered to be our website scribe for the year.