The mammals section of the Bushveld Mosaic course was broken up into two, awesome practical weekends. A lecture on African Antelope at the Pretoria Zoo and a weekend discovering the intricacies of mammal behaviour at the Pilanesberg National Park in the North West Province. Our guru for Antelope and Mammal Behaviour was none other than the esteemed head of education at the Pretoria Zoo and prolific bird-guide author Ulrich Oberpreiler. 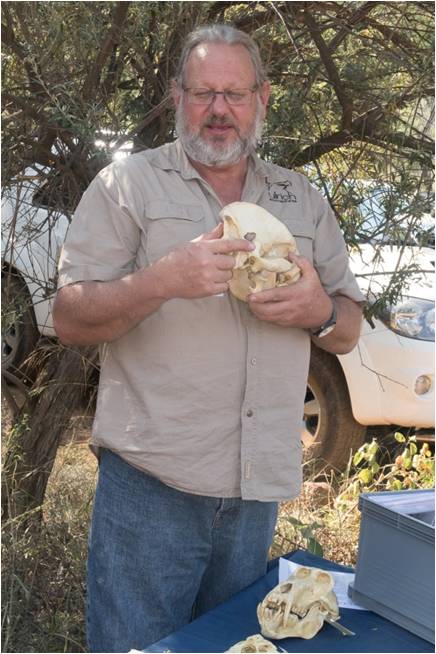 Early on Saturday Morning our excited group of Bushveld Mosaicists arrived at the Pretoria Zoo – for me it was my first time there! The zoo is beautiful and vibrant – there were literally bus loads of people, old and young, arriving to explore the natural wonders that lie beyond its gates.

240 million years before that cold morning at the zoo, somewhere in the Karoo, small mammal-like reptiles were coming to the fore in the wake of the dinosaurs, whose reign over the earth was coming to an end. (This is just some of the stuff you learn!)

Mammals now make up roughly 9% of all vertebrate species on earth, and they have become the poster-boys for wildlife. Oh Simba…

When one thinks of mammals, one often thinks immediately of the graceful antelope or the majestic elephant, but one shouldn’t forget that mammals have a wide variety of adaption’s and live in almost every habitable part of the globe, including the oceans. From the mysterious pangolin to the dominant Homo sapiens there is a mammal thriving and adapted to every kind of condition found on earth. There are so many mammals and they come in so many shapes and sizes! Mammals are characterised by, amongst other things, their warm blood, their parental behaviours and their cuteness – yes even you golden mole.

There was a lot to cover that Saturday and it felt as though it went too fast! Of course, our journey to understand mammals a little better was only just beginning… 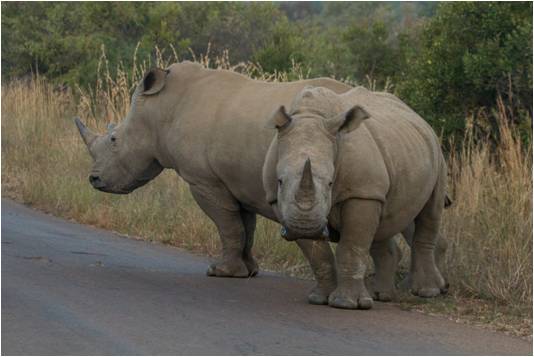 The following Friday afternoon, the car is packed and the journey to the Pilanesberg National Park begins! Of course, the first thing on our agenda upon arriving at the park is to write a test on the principles of Veld Management that we had learnt on our previous excursion to Borakalalo. With the test out of the way, the excited Bushveld enthusiasts got to jump into their cars and drive from the education centre to the Potokwane Camp inside the park. With spotlights peeking onto the bush, one group of slightly lost, adventurous Bushveld enthusiasts spotted a pride of lion on their way to hunt! 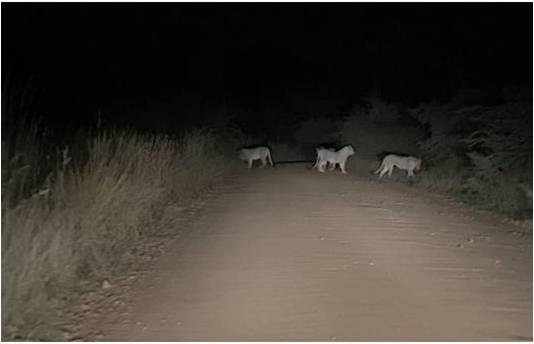 Like any other evening in the bush, the fires get lit, food gets cooked, shots of melktert-tasting liquor get distributed and the campers catch-up. One of the best parts about this course is the growing relationships developed amongst the participants – for five months we have been learning, eating and adventuring together. 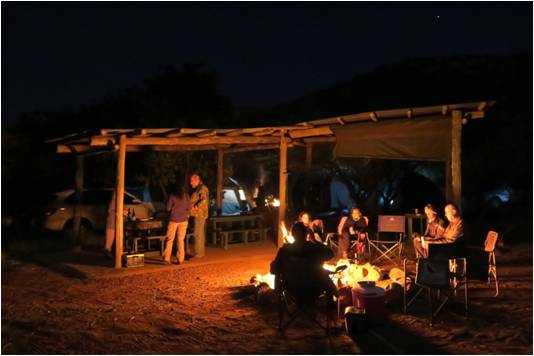 Bright and early on Saturday morning our group makes its way down to the education centre. Ulrich, our lecturer/ mammal guru for the weekend waits for us with a very clever tin can which he had trained to return to him using positive reinforcement*. The very clever can, named Tin (or was it Tim?) illustrated the concept of behaviour and positive reinforcement. Throughout the morning the question being asked was: what causes animals to behave in the ways that they do?

We learned about a variety of mammal behaviours and grew to understand that the behaviour of the animal is possibly the most interesting thing to observe as an animal enthusiast.

We got to put this concept to the test later that afternoon from the back of a 25 seater game viewing vehicle. 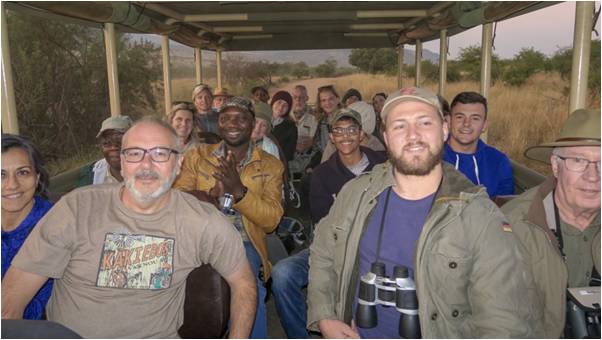 we got to see some amazing animal behaviour – from the cute military-like procession of baby warthogs, to the playful yet dominating dance of the randy impala, the skulk of a leopard’s spots in the thickets to the anthropomorphically wise owl. 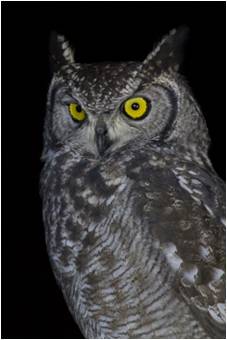 We learned  about Rhino conservation, game driving and spotting and most importantly, animal behaviour.

With the sun long since set and the full moon high in the sky, the campers once again found themselves around the fire cooking food communally and enjoying each other’s company.

Most people got an early night, because before the break of dawn we would be up and ready for a guided walk through the bush!

The Bushveld Enthusiasts split into three smaller groups, each led by two very knowledgeable and well-equipped trail guides. Walking through the wild of the Pilanesberg is a phenomenal experience. ‘On foot’ is

the only way to gain a true appreciation for the size of the park, the diversity, the dangers and the wonder.

Our group followed spoor trails and animal dung across the borders of a black rhino’s territory. We learned about rhino middens, which are essentially scent posts that mark the perimeter of the rhino’s territory. The rhinos build a wall of scent using the poo on their feet to let other rhinos know when they are trespassing. One of the more exciting titbits from our guide, was a tale of being confronted by hunting lions at 4am during a bush walk that spanned 3 days… The guides were full of fascinating insights, and even more so because during the weekdays – our rangers are civil engineers etc. They also did Bushveld Mosaic many years ago and since then they have continued visiting the bush and further qualifying themselves as guides and conservationists. These super-bushmen with rifle training, witty anecdotes about animals and scary stories to tell were also once just Bushveld enthusiasts like you and me.

So much awesome stuff happens on these weekends. I didn’t even tell you about the 40- something animal skulls Ulrich had us identify… You’ll have to come next year! 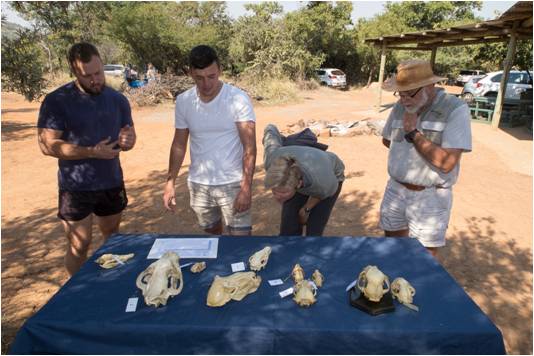 Now, I have to get back to studying and illustrating trees for my first huge assignment – as I only have two weeks before I’m back in the bush learning about geology!!!

*Positive reinforcement in this scenario requires a weight tied to an elastic band inside of the can which twists as the can rolls. When the can stops rolling, the band untwists and the weight causes the can to roll back. Science…

Ed’s Note: Thanks to student Michael, for this full and chatty write up of the mammals module. Sounds like it was a great learning experience.